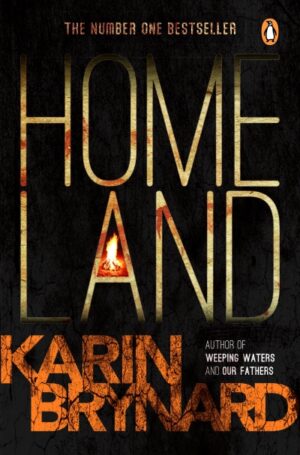 Captain Albertus Beeslaar has had enough of the Kalahari. He is about to hand in his resignation, but before doing so he is sent into the heart of an ancient San community: an elder has died after being released from police custody and the San blame the police. The small town of Witdraai borders on the world-famous Kgalagadi Transfrontier Park, where the last of the Kalahari San eke out a living. A violent attack on a German tourist has unsettled the whole town – a case that is rubbing up Beeslaar’s new colleague, Colonel Koekoes Mentoor, the wrong way. She wants to turn her back on Witdraai and the bad memories the place holds for her.

As the heat rises, all hell breaks loose: a policeman is murdered; deep-seated corruption is threatening a major land-restitution plan for the San; and a mysterious killer is prowling the red dunes. Amid all the controversy, Kytie Rooi, a cleaner at a luxury guesthouse in Upington and self-appointed protector of a strange street child, is fleeing into the deadly heat of the desert with her charge. In this world, places of safety are dangerously elusive.

Homeland  is the translation of the Number One Bestseller Tuisland,  Karin Brynard’s critically acclaimed and most ambitious novel to date.