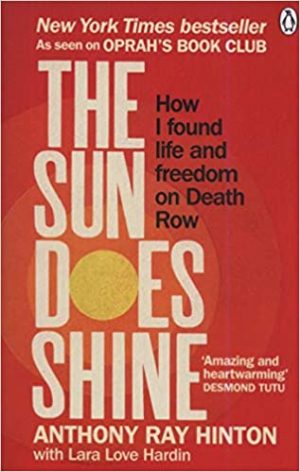 “This book sounds like it would be a depressing read, but Hinton has such a beautiful, compassionate way of writing his story that it feels hopeful” ~ Carmen

At age 29, Anthony Ray Hinton was wrongfully charged with robbery and murder, and sentenced to death by electrocution for crimes he didn’t commit. The only thing he had in common with the perpetrator was the colour of his skin.

Anthony spent the next 28 years of his life on death row, watching fellow inmates march to their deaths, knowing he would follow soon.

Hinton’s incredible story reveals the injustices and inherent racism of the American legal system, but it is also testament to the hope and humanity in us all.