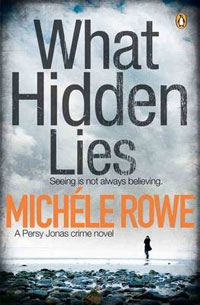 When Detective Persephone (Persy) Jonas is forced to work with retired criminal psychologist Dr Marge Labuschagne to solve the murder of a suspected sex offender, suspicion and distrust threaten to derail the investigation. Persy believes the killer is her childhood sweetheart, now turned vicious ganster; Marge is sure the answer lies in the victim’s shady past. As the women race against time and their own prejudice to hunt the killer, past and present collide, unearthing long buried secrets and lies. As the hunt intensifies they realise they have more in common than they think and are bound in ways they could never have imagined. Finally faced with a ruthless killer, it seems that the darkest secrets are the ones they are hiding from themselves.