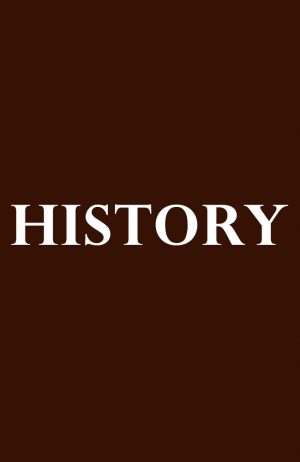 The Anarchy tells the remarkable story of how one of the world’s most magnificent empires disintegrated and came to be replaced by a dangerously unregulated private company, based thousands of miles overseas in one small office, five windows wide, and answerable only to its distant shareholders. In his most ambitious and riveting book to date, William Dalrymple tells the story of the East India Company as it has never been told before, unfolding a timely cautionary tale of the first global corporate power.

For most of human history, the seas and oceans have been the main means of long-distance trade and communication between peoples – for the spread of ideas and religion as well as commerce. This book traces the history of human movement and interaction around and across the world’s greatest bodies of water, charting our relationship with the oceans from the time of the first voyagers.

The first British women to set foot in India did so in the very early 17th century, two and a half centuries before the Raj. Women made their way to India for exactly the same reasons men did – to carve out a better life for themselves. In the early days, India was a place where the slates of ‘blotted pedigrees’ were wiped clean; bankrupts given a chance to make good; a taste for adventure satisfied – for women. As wives, courtesans and she-merchants, these tough adventuring women were every bit as intrepid as their men, the buccaneering sea captains and traders in whose wake they followed; their voyages to India were extraordinarily daring leaps into the unknown.

Christianity is the most enduring and influential legacy of the ancient world, and its emergence the single most transformative development in Western history. Even the increasing number in the West today who have abandoned the faith of their forebears, and dismiss all religion as pointless superstition, remain recognisably its heirs. Seen close-up, the division between a sceptic and a believer may seem unbridgeable. Widen the focus, though, and Christianity’s enduring impact upon the West can be seen in the emergence of much that has traditionally been cast as its nemesis: in science, in secularism, and yes, even in atheism.

In the early 1800s, Lehmann Gluckstein and his family escaped the pogroms of Eastern Europe and made their way to Whitechapel in London’s East End. There, starting with nothing, they worked tirelessly to pull themselves out of poverty, creating a small tobacco factory that grew to become the largest catering company in the world: J. Lyons. For over a century, Lyons was on every high street, in every home, in every coffee and teacup. It was an ascent from rags to riches in the face of many obstacles: poverty, hatred and anti-Semitism stood between this poor immigrant family and the British Dream. Legacy charts the rise and fall of one of the most influential dynasties in British history through the lives of five astonishing generations.

In November 1943, with the outcome of the Second World War hanging in the balance, the Allies needed a new plan. The Americans’ audacious suggestion to the Soviets was to open a second air front, with the US Air Force establishing bases in Soviet-controlled territory. Despite Stalin’s obvious reservations about the presence of foreign troops in Russia, he was persuaded. Operation Baseball and then Frantic were initiated in early 1944 as B-17 Superfortresses were flown from bases in Italy to the Poltova region in today’s Ukraine. Drawing on newly opened Russian archives as well as CIA records, Forgotten Bastards of the Eastern Front offers a riveting bottom-up history of one of the Second World War’s most unlikely alliances.